Another evening with our friends and amis at Alliance Française de Seattle brings Scott Dominic Carpenter to readers and vicarious travelers here, as he engagingly depicts life in Paris as one who feels not far from his Minnesota roots as chronicled in French Like Moi: A Midwesterner in Paris (Travelers’ Tales).

“Sit back with a croissant and an espresso—or better yet, du vin et du fromage—and treat yourself to the delights and dilemmas of being a Midwesterner in Paris. Reading Scott Carpenter’s tales of life in the French capital will make you laugh, marvel, and daydream about amping up the adventure in your own life. Merci Monsieur Carpenter!” —Lorna Landvik.

“Loaded with lacerating wit and trenchant but tender observations, Scott Carpenter’s French Like Moi is also a true original: a serious memoir that doesn’t take itself too seriously. It is this humility that gives Carpenter’s book its undeniable strength—that, and his vivid, often hilarious storytelling.” —Marcia DeSanctis. 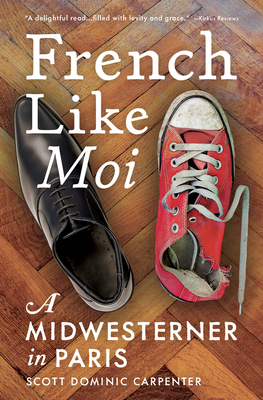