What would be a congenial, spirited occasion in-person should also be that way virtually, as two acclaimed chroniclers of our place in a larger world, Grays River’s Robert Michael Pyle, and southern Indiana’s Scott Russell Sanders do this joint program for newly published books. With Bob Pyle, who has been with us ever since his award-winning debut book of prose, Wintergreen, it is Nature Matrix: New and Selected Essays, and with Scott Russell Sanders, it is The Way of Imagination: Essays (both new books from Counterpoint).

"'Many are given to write; few, to really Write.' In so declaring, Robert Michael Pyle presages his own craft, 'really' writing to beautiful effect in Nature Matrix. As he weaves through groves of prose and near verse to scale grand mountains, then rounds the next bend and descends to revel in small beauties--bird, blossom, and butterfly--Pyle opines eloquently to awaken us to wildness and the necessity of its care … Savor the slow read, as Nature Matrix is a master noticer's lifework." --J. Drew Lanham.

"The Way of Imagination is a dazzling, often heartbreaking, and ultimately healing meditation on the power of art to confront the existential threat that human greed and violence has foisted upon the earth. Scott Russell Sanders has written a vital book for this dark moment in history, demonstrating the truth of his insight that 'imagination keeps us from being trapped in the present arrangement of things.'” - Christopher Merrill.

Presented by Elliott Bay Book Company in association with Orion.

The Way of Imagination: Essays (Paperback) 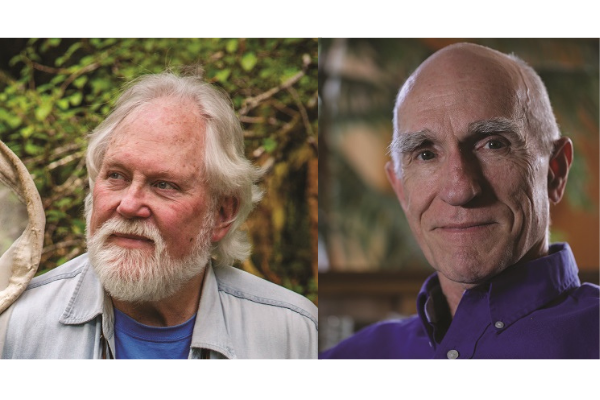