A scientist at NASA's Jet Propulsion Laboratory, where he has served as deputy chief scientist for solar system exploration and is leading an effort to land a spacecraft on the surface of Europa, Kevin Peter Hand visits with his book on the oceans of outer space, Alien Oceans: The Search for Life in the Depths of Space (Princeton University Press).

"In this delightful book, Kevin Peter Hand takes readers from the depths of Earth's oceans to those of the outer solar system, describing encounters with magical, alien-like creatures at the bottom of the Atlantic and offering informed speculations about what life could be like in the subsurface oceans of faraway moons. Recounting the story of how we discovered these alien oceans, he gives us a peek at the lives and personalities of some of the scientists who pieced together all the clues. His explanations are full of engaging analogies that will help general readers understand the science needed to think rigorously about life as we know it—and as we do not yet know it."—Jill Tarter.

"Kevin Peter Hand has delivered a beautiful portrayal of the science behind our search for life in alien oceans, and the connection to our precious ocean here on Earth. A must-read for all who gaze at the stars above and ponder the abyss below."—James Cameron.

Alien Oceans: The Search for Life in the Depths of Space (Hardcover) 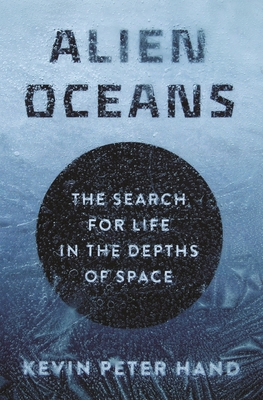