A writer whom we’ve had the pleasure of hosting numerous times at Elliott Bay over the years, and seeing him elsewhere in the city, including the Seattle Public Library, poet, essayist, and National Book Award-winning novelist  Ha Jin makes this welcome return in virtual form for his new novel, A Song Everlasting (Pantheon). Here Ha Jin spins a timely story of what is going on with China now, in this tale of what happens to a popular Chinese singer who returns to his homeland after a concert tour in the U.S., only to find he is accused of actions for which he must proffer a formal self-criticism.

“The rest of the matter-of-fact narrative documents his life in America and the attempts by the Chinese government to besmirch his reputation, to turn what happens to him into a morality play about the consequences for an artist who betrays his homeland. Written with terse command, in short chapters and without literary flourish, the novel itself is no morality tale. Things happen, life is lived, a very different life than the one Tian might have known had he agreed to quit performing abroad and embarrassing his country. Far from his family and native culture, he processes personal tragedy, professional upheaval, and unlikely romance. Downward mobility takes his performing career from the concert hall to casinos to performing on the streets. Yet he doesn’t seem to regret his exchange of collective security in China for individual freedom in the U.S. Though he had never considered himself particularly political, he becomes more acutely aware of the political dimensions of his position. As he loses some of his voice as a singer, he gains more of a voice as a songwriter. He makes a life for himself, and it is one that both surprises and satisfies him. Written with great control, the novel unfolds as surprisingly as life often does.” - Kirkus Reviews.

Ha Jin’s other most recent books include The Banished Immortal: A Life of Li Bai, and a Copper Canyon collection of poems, A Distant Center. 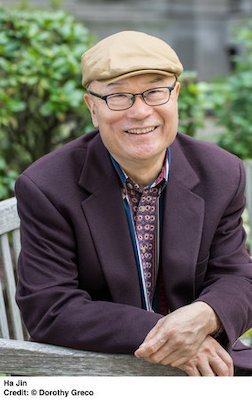 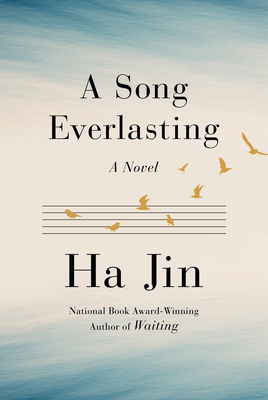