An Evening with Neil Gaiman

Our friends at Northwest Associated Arts again present acclaimed novelist and storyteller Neil Gaiman, he of numerous works of imaginative fiction for readers young and old, and the recipient of four Hugo, two Nebula, one World Fantasy, four Bram Stoker, fifteen Eisner and numerous other award-winning novels, stories, graphic narratives and films. His evenings here at Benaroya have been captivating, compelling, memorable. His many works include the Sandman comics, Neverwhere, Anansi Boys, Good Omens (with Terry Pratchett), American Gods, Norse Mythology, The Day I Swapped My Dad for Two Goldfish, The Wolves in the Walls, and more.

“Gaiman is, simply put, a treasure-house of story, and we are lucky to have him.”— Stephen King.

“Gaiman has a rich imagination . . . and an ability to tackle large themes.”— Philip Pullman.

This is scheduled to be live/in-person program at Benaroya Hall presented by NWAA, KNKX 88.5fm & The Stranger.

Elliott Bay Book Company will be on hand with books for sale, including (it is planned) a selection of pre-signed copies. 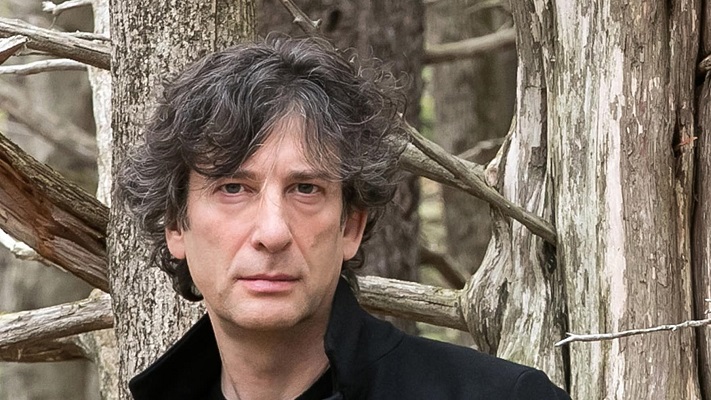