We celebrate the publication of Eric Nguyen’s hauntingly beautiful debut novel, Things We Lost to the Water (Knopf), on its actual release date. A Vietnamese family arrives in New Orleans, newly landed in the U.S., and from there, each member tries to find their way in this strange new land, and at the same time, keep threads of connection to each other.

“This is an elemental book, of water, for sure, but also of other elements of life, including love and loss. Vietnamese people know all about these elements, coming from a country whose entire length is bordered by a sea, and from a history saturated with loss. Love is one element that has enabled their survival, but sometimes at a cost. Eric Nguyen’s powerful novel ripples and gleams with the unpredictable flow and surge of love, which, like water, can drown us or sustain us. From a war to a hurricane, from an ocean to a flood, Things We Lost to the Water proves itself to be a novel that sustains us.”  —Viet Thanh Nguyen.

“A devastatingly beautiful debut novel of secrets, deceits, and survivals. An extraordinary tale of a mother and her two sons, torn apart by the storms of Vietnam, to be tested again by the hurricanes of New Orleans. The end has me weeping from joy, sorrow and hope. Eric Nguyen’s talent radiates via his urgent prose and his ability to sketch the fine line between loyalty and betrayal, between what brings us together and what breaks us apart. Things We Lost to the Water is a powerful, stunning, and necessary read!” — Nguyễn Phan Quế Mai.

A Washington, D.C. resident who has been awarded fellowships from Lambda Literary, VONA, and the Tin House Writers Workshop, Eric Nguyen is editor in chief of diaCRITICS.org.

Joining Eric Nguyen in conversation - virtual as all of this will be - is Loan Le, author of a well-received YA novel,  A Phở Love Story, and a book editor at Atria Books in New York.

Things We Lost to the Water: A novel (Hardcover) 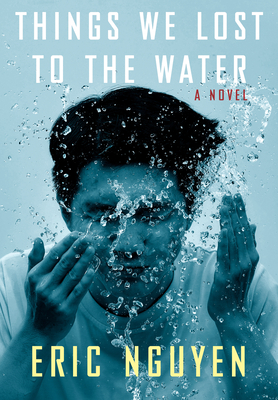