We are delighted to help welcome 2020 Man Booker Prize winning novelist Douglas Stuart to Seattle, he of the winning and much-loved debut novel, Shuggie Bain, which would be occasion enough for this Seattle appearance this evening. But there is another new novel already in hand, Young Mungo (Grove), also set in a grittily depicted Glasgow,  which coming with  praises and anticipations of its own.

“The astonishing sophomore effort from Booker Prize winner Stuart details a teen’s hard life in north Glasgow in the post-Thatcher years . . . Stuart’s writing is stellar . . . He’s too fine a storyteller to go for a sentimental ending, and the final act leaves the reader gutted. This is unbearably sad, more so because the reader comes to cherish the characters their creator has brought to life. It’s a sucker punch to the heart.”—Publishers Weekly.

“A searing, gorgeously written portrait of a young gay boy trying to be true to himself in a place and time that demands conformity to social and gender rules . . . Stuart’s tale could be set anywhere that poverty, socioeconomic inequality, or class struggles exist, which is nearly everywhere. But it is also about the narrowness and failure of vision in a place where individuals cannot imagine a better life, where people have never been outside their own neighborhood . . . Stuart’s prize-winning, best-selling debut, Shuggie Bain, ensures great enthusiasm for his second novel of young, dangerous love.”—Booklist.

This is scheduled to be a live/in-person program (with online streaming) held at Seattle Public Central Library. This event is co-presented by The Seattle Public Library and Elliott Bay Book Company.

Tickets/information (tickets for online and in person) 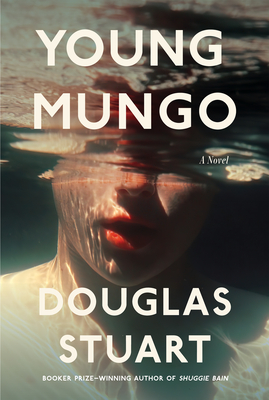