University of California, Santa Barbara, professor of Asian American Studies Diane C. Fujino, who books include Heartbeat of Struggle: The Revolutionary Life of Yuri Kochiyama and Samurai Among Panthers: Richard Aoki on Race, Resistance and a Paradoxical Life, continues with her groundbreaking series of radical Asian American activists with her newest book, Nisei Radicals: The Feminist Poetics and Transformative Ministry of Mitsuye Yamada and Michael Yasutake (University of Washington Press). This is a story with strong Seattle roots - Mitsuye Yamada nee Yasutake and her brother Michael Yasutake were part of a family that grew up on Seattle’s Beacon Hill - until forcibly removed and incarcerated at the Minidoka concentration camp during World War II. As individuals - and as siblings - they took a path then and throughout the course of their lives (Michael Yasutake passed away at age 81 in 2001, Mitsuye Yamada is still with us and still at it, due to turn 98 this year), to act from conscience, conviction, and justice-based purpose, Michael Yasutake in church ministry and pacifist activism, Mitsuye Yamada with fiercely eloquent poetry and poetic activism.

“A significant contribution to the fields of Asian American studies and history. By tracing how the siblings' confrontations of sexism, racism, and imperialism evolved over decades, Fujino shows how activism in prior eras informed activism in others.” - Daryl Joji Maeda.

Part of this program will include a video interview with Mitsuye Yamada. We will add that one of our enduring memories of presenting authors at Elliott Bay was having the honor of hosting Mitsuye Yamada in 1989 for the publication of her book of poems, Camp Notes and Other Writings, that edition by the indomitable Kitchen Table: Women of Color Press. 1989 saw publication of this by Mitsuye Yamada and Hisaye Yamamoto’s Seventeen Syllables and Other Stories - two vital books by pioneering Asian American writers, those helping pave the way and open others for writers to come. 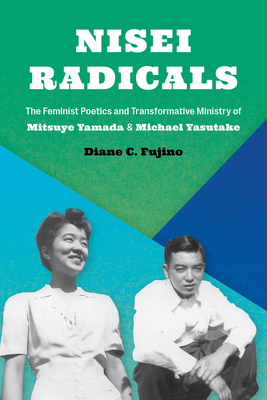