Parade's End: Book 3 - A Man Could Stand Up (Paperback) 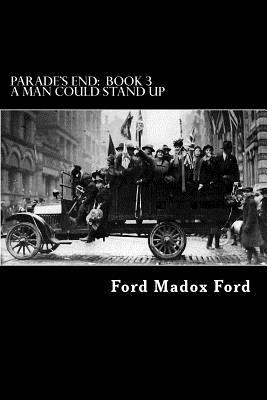 "A Man Could Stand Up" - the third volume of Ford Madox Ford's highly-regarded tetralogy Parade's End, was originally published in 1926 and has recently been made into a BBC/HBO television miniseries. The novel chronicles the life of Christopher Tietjens, "the last Tory", a brilliant government statistician from a wealthy landowning family who is serving in the British Army during World War I. The novel opens on Armistice Day and is the climax of the Parade's End series. Ford Madox Ford (17 December 1873 - 26 June 1939) was an English novelist, poet, critic and editor whose journals, The English Review and The Transatlantic Review, were instrumental in the development of early 20th-century English literature. He is now best remembered for The Good Soldier (1915), the Parade's End tetralogy (1924-28) and The Fifth Queen trilogy (1906-08).